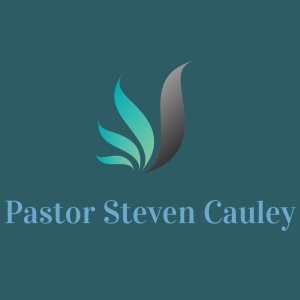 Because our faith in Christ isn't just anything…It's everything!

When Dave Hanson and I visited our companion congregation in January, I was most impressed by the warmth of our companion’s hospitality.   Seriously.  We’ve got lots to learn about being hospitable to one another in our culture.  And the thing you should know is that I’m not talking about the kind of hospitality that cost a lot of money, or fame and fortune, or even about glory.  The hospitality that we were shown was more about caring and focused on receive a guest that was honored and valued. Never once, did I carry a bag on my shoulder; in fact, from the second we were greeted by our host, we received directions to hand over our bags and to take our place in the Toyota Land cruiser and off we went.

The Tanzanians are a people who are both formidable and inviting, caring and tough.   It was good to be invited into their homes and experience their culture for a few weeks.

And here’s what Dave and I observed when we went to each of the 9 sub parishes.  As we were invited into the homes of the people who don’t have much (by our standards), we were treated like kings.   And the funny thing was:  the poor the people we visited, the larger and the great gift we received.

A “house” in the village of Karumba. 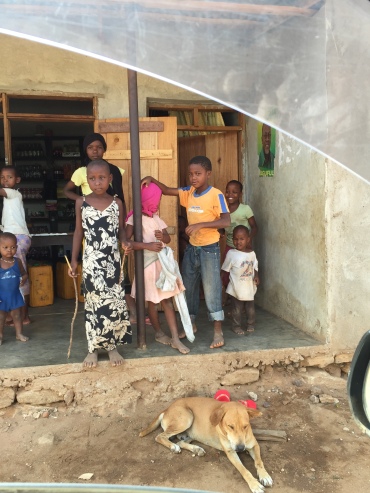 The house where we were presented with a chicken and a duck.

The Karumba sub-congregation of the Kihirio Lutheran Parish in Tanzania.

So, we went to a remote village called Kurumba and after week met with the local parish, we walked to a nearby home where we sat and enjoyed a meal of stewed goat and rice and Coca-Cola and conversation with our guest. As the men were seated at the table and the women were washing the dishes, the daughter of our host brought in a box and set it under the table.  It noticed this took place but didn’t think much about it until we got up to leave some 30-45 minutes later.

As we were preparing to jump into the Land cruiser, the woman who initially brought in the box, came up to me and Dave and offered the box to us.  As she motioned to hand us the box, it begins to shake and cluck.  We opened the top, and to our surprise, the guest had given us a gift of a duck and chicken.

Now, to us, this sounds silly.  But to our guest, this was a sign of great respect and honor.   They had given us what surely was a banquet to them.  They only had so many chickens and ducks to eat.   It’s not like they could travel to the nearest Hy-Vee and go to the meat counter for a neatly trimmed whole roster.

So, getting back to our companions, I left the small village of Kurumba with tears welling up in my eyes.   It was a moment of beauty.   A moment in time when a white man and African woman were caught up in a common humanity. And just like that, it was back on the road to the town of Kihirio where our host took the duck and the chicken and put them to good use.   I’m really not sure who ended up with the livestock, but I know that nothing goes to waste in their culture.

So, this is the image that is left in my mind as Jesus tells a parable about a fool rich person, who the bible describes as being “greedy.”  Then Jesus issues a warning, “Be careful! Be on your guard against all kinds of greed; for one’s life doesn’t consist of the abundance of possessions.”

Fact is, our greed and consumption is a never-ending cycle of acquiring more and more stuff.  So much so, that the man in the parable thinks to himself, “Hmmm.  I’ve got so much stuff, what should I do with it all?”  So he builds himself larger grain bins and stores up stuff for he and his family.

The man’s soul was demanded that night and he was caught off guard because he wasn’t rich with God. And then we come to Jesus’ point in verse 21, “So it is with those who store up treasures for themselves but are not rich toward God.”

So, what exactly was this “fools” recklessness? The bible really never answers that question.  His follies are many, but let’s take a look and see.  What was it?

Sisters and brothers, here’s where God’s grace enters the story.

Remember that Jesus tells this parable in response to a request to settle a will. Someone wants Jesus to decide how distribute the property.

What will we leaving behind when we are no longer around?   What’s our legacy gift?  If fighting over material possessions is all that’s left after we die, did we really live in the first place?

There are parents whose legacy to their children is a good character, strong values, a love of the Lord. All this man left his sons was a pile of stuff and a bitter family fight.

Maybe the good news for many of us here this morning is that all this stuff {on the board} doesn’t matter.   You have come to this place of worship  this morning knowing that Jesus isn’t going to offer you an investment plan and create a perfect life where you will be healthy, wealthy and wise.   Jesus just doesn’t do that sort of thing.  You already know that.

Simply put- you have come to be with Jesus.   You have come here, not primarily to get something out of Jesus, but because you love him. We come here searching for a word of life from Jesus and we are willing to listen to him, to examine our lives, and to bend ourselves to the will of God.

At the end of the day, Jesus’ wisdom and grace teaches us what is worth living for and he shows us what we need to let go in order to become whole before God. The good news is, we have a savior who loves to teach, to save fools like us.  Amen.